Back in the heyday of 99¢ Special, there were many pieces that didn't quite fit the feel of 99. Exit, being the sole creator of 99¢ Special, lumped these other tracks in to various projects, such as LMC, Nature's' Descending, and Ephemeral. LMC got the techno/noise side, Nature's' Descending the more musically inclined, and Ephemeral housed the experimental and noise works.

Although Ephemeral focused on experimental and noise, another project created by Matt Lundy (Zombatose) and Exit called Disinvention existed solely to capture a live noise jam session in 1994. Disinvention was harsh and chaotic with the rules of not being musical and everything being unplanned, where Ephemeral was written over time and recorded in a studio environment.

Although CD and cassette tape artwork exists, the only Ephemeral album 'Sovereign' was never released. It contained a small number of songs, and the plan was to expand it before actual release. Instead, it fell to the wayside as 99 split and Exit's current project One Cent Left took over. 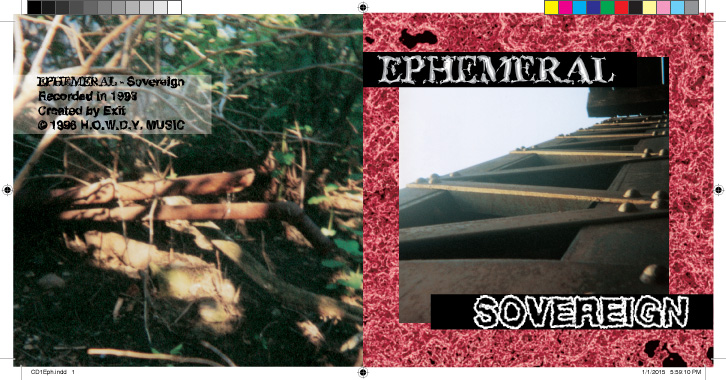 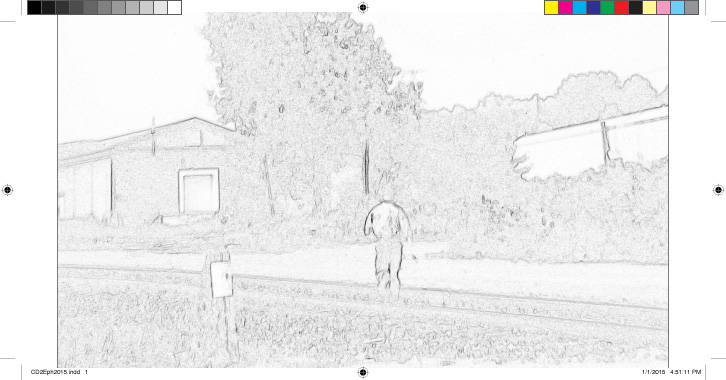 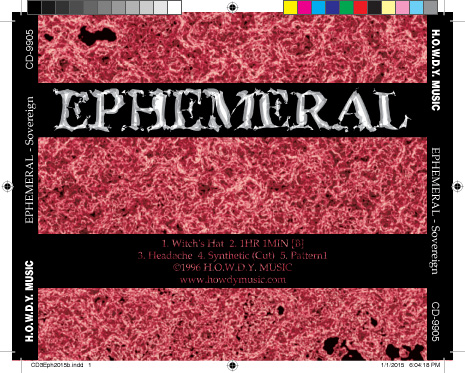